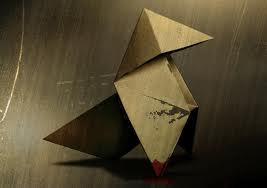 I was a little skeptical at first when I played the demo for Heavy Rain.Â  I don’t really like Quick Time Events (QTE) because I feel I’m not looking at what is actually happening anymore, all I’m doing is looking for a controller symbol to press within the given time.Â  God of War 3 made this much better by putting the 4 symbols in screen locations that corresponded to the location of each button on the controller but that wouldn’t have worked for Heavy Rain.

What did work was that sometimes the QTE was more about a difficult combination than it was about being a quick button press.Â  Also there was a situation where if you failed to hit a button you would die and have to start over again.Â  I think these changes really helped the game overall.

Most reviews of Heavy Rain say pretty much the same thing “Heavy Rain is not a typical game, it’s an experiment in interactive storytelling”.Â  Here I disagree slightly, because I feel a lot of the games that I truly like are interactive stories.Â  The main difference is that Heavy Rain doesn’t muddy it’s story with an arcade sequence like a shooting or platforming, but it does have puzzle solving which I really liked.

The games introductory level has you walking around the characters house doing fairly mundane things.Â  This is actually a great way to ramp up the player and teach them some of the basic QTE symbols in an environment that allows failure and multiple retries.Â  This is fairly common in video games to have the first level be a sort of training level.Â  But at least in Heavy Rain the introductory level serves a purpose to the story as well.Â  It makes you basically live a day in the life of this man until you feel comfortable as him.Â  Then when your characters son runs off at the mall, you think you can catch up to him and when you don’t you start to feel like he would feel; That you could have prevented the incident.

The controls didn’t pose too many issues for me, other than trying to find the symbol on the screen (which in fight sequences can show up almost anywhere and move around) then deciphering which symbol it is and then performing it in a short period of time.Â  This bothered me at first until I realized that it’s supposed to seem difficult for the character, and if I failed to make the movement it made the character a bit more real because they would get punched.Â  The only time I really hated the control was when I was forced to use a motion control with the six-axis (and I am probably really glad I opted to not play with the Move controller).Â  I find motion gaming a big gimmick and it’s not handled very well with the current generation of controllers so I would do the move and it would disagree, many times in a row, which is frustrating.

I was really impressed by how many different actions were scripted, usually an action has a success and failure animation, but there are also different choices in some places and it can take a while before it merges back in with the main story trunk.Â  It’s a very interesting idea which is not unlike the original story based games from the 90s which used photos or short videos and worked more like a choose your own adventure book than anything else.Â  I happened to play through keeping all the main characters alive so I went on YouTube to see the alternate endings and was surprised how many different ways the characters could have been brutally murdered (best selection is from GameOverContinue‘s channel).

I think one of the “making of” videos said there were something like 30,000 unique animations filmed for the game, which is quite impressive.

Without spoiling the ending, I have to say I didn’t like who the killer turned out to be.Â  It didn’t seem to make sense certain choices the killer makes throughout the game when looked at in hindsight.Â  Still I thought it was a great mystery and very fun to play through.Â  I was also glad the game didn’t last much longer than 10 hours or so, any longer and it might have gotten tedious or I may have never finished it.