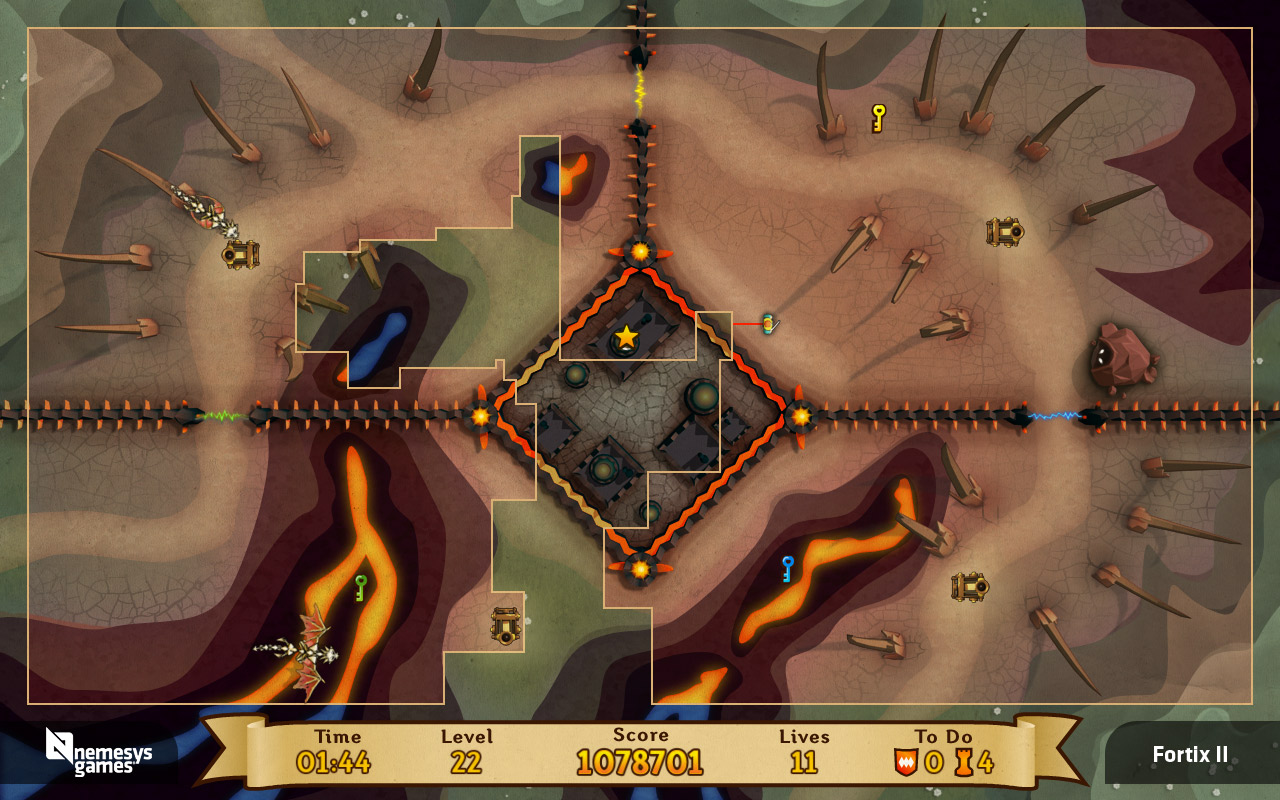 I picked up Fortix 2 in the Indie Gala bundle about a week ago and hadn’t gotten a chance to play any of the games in the bundle until today.Â  This game alone was worth the $10 I paid and I still have 10 other games to look at.

Essentially the game is the old arcade game Qix but with a theme of a knight laying siege to fortresses of an evil tyrant.Â  You start off on the outside line (the base line) and most things cannot hurt you while you are there, in order to take land you must venture out and fence off areas connected to the outside.Â  Once you have taken land it cannot be taken back and the creatures cannot pass the fences, which then become your new base line.

There are several different creatures to watch out for, each with their own specific attacks and they are added during the campaign is a smooth difficulty curve such that you never feel overwhelmed by multiple new creatures.Â  If you section off a large area which includes creatures they are destroyed and you get bonus.Â  In addition there are stars that spawn on the map and if you section off an area while a star is in it, you get a buff of some kind.Â  Each stage has different walls that you cannot go around which adds a lot of fun.