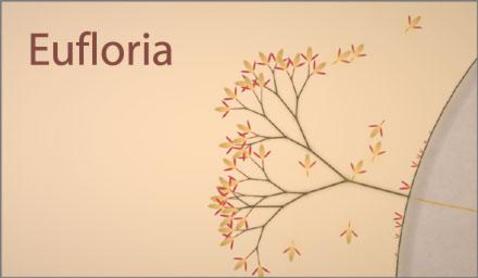 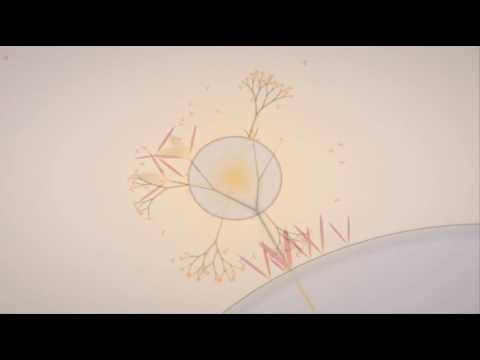 I’ve been playing the steam game Eufloria for a few months now, off and on.  If you play it for an hour you may find it interesting, and then put it down, but when you try it again it becomes satisfyingly addictive.

It’s a really clever concept, and while it’s not too unlike an RTS I still want to play it (I cannot say the same for most RTS games).

You control a group of seeds which orbit an asteroid, you can choose to play some of your seeds to create a tree that will create more seeds, or send your seeds off to another asteroid where they may encounter rival seeds which they will fight.  In later levels the other seeds become much more aggressive and it becomes a balancing act between creating trees which need defending, and attacking rivals to gain their asteroid so you can plant more trees and grow.  When you grow a massive army of 300+ seeds and can just ransack any other asteroid that isn’t defended too heavily, you start to feel really powerful, and the more asteroids you control, the faster you can create seeds for your army.  The tough part is staying alive long enough in the beginning of each round to get enough seeds to take over an asteroid while defending the one you start on.

The music is very soothing, and I find myself playing a game before I go to bed often, but I can also find myself playing 3 or 4 games on a Sunday and finding that the whole day has gone by.  Some levels take 15 to 30 minutes and some take much more than that.  I just finished the very last level of Dark Mode (there are two main modes, each having 25 levels) and it took my approximately 90 minutes, but I’ve seen some records down in the 30 minute range.  I also took over the last asteroid with well over 1000 seeds with lots in reserve, to take out 40 defending seeds was major overkill, and I probably could have gotten a better time if I wasn’t so pragmatic.

Steam says I played it for over 34 hours, so well worth it’s current price of $15, but I’m sure I got it for much less (such is my MO on Steam, probably under $5).  I can’t recommend it highly enough.