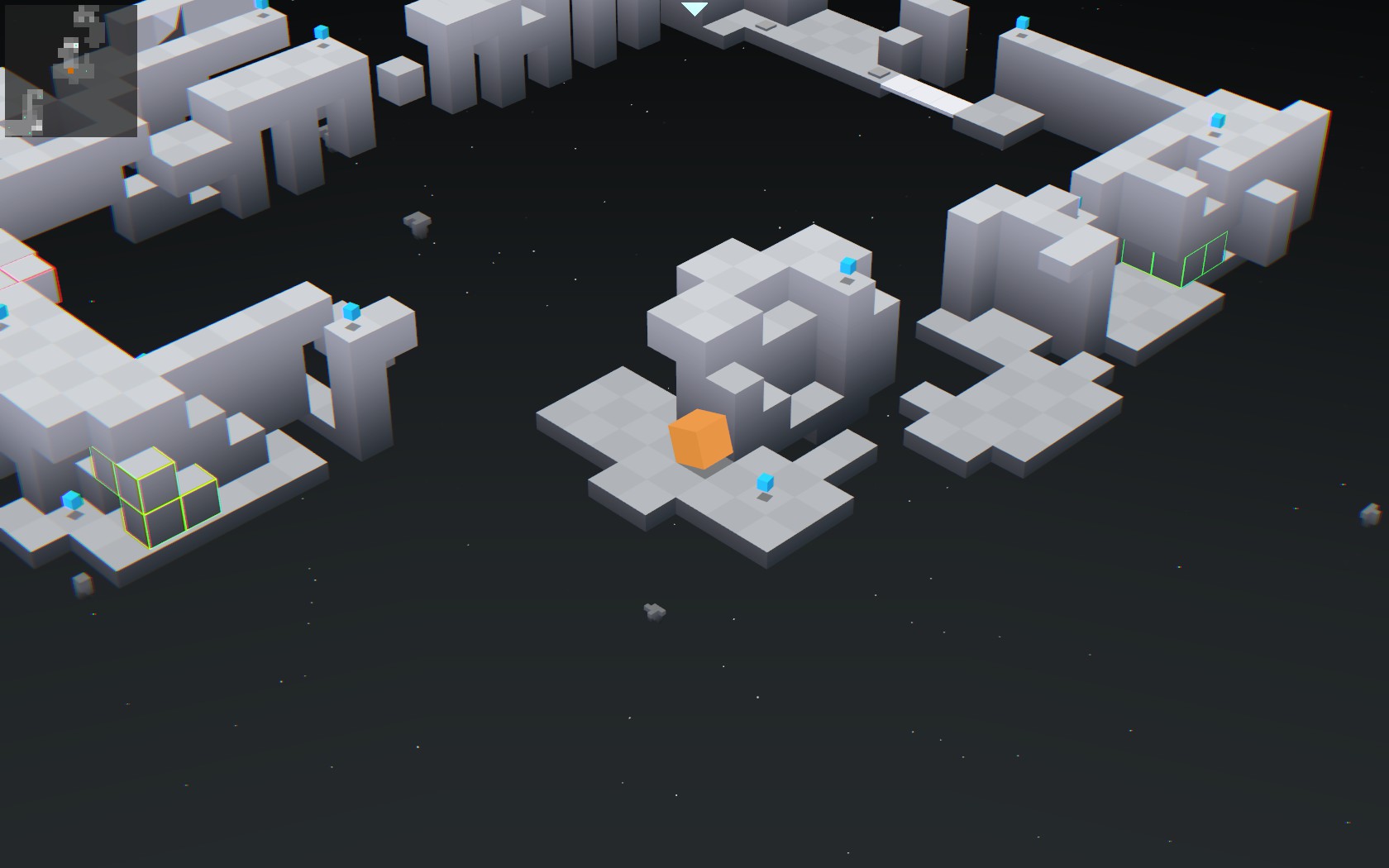 I picked up EDGE with a few other cube related games in the Steam Cube Pack, along with Blocks That Matter. Â This is a simple game idea, you control a block that can move in 4 directions along a 3D world path avoiding obstacles and triggering switches to get through the puzzle. Â It’s a little like Marble Madness only you have better control of your positioning since you aren’t rolling all over the place. Â It’s very easy to pick up and play for a few minutes or a few hours, though I tend to not play it for extended periods. Â So far I’ve made it through 25 of the 48 “Normal” challenge mode levels, which is more than enough for me to recommend the game. Â It is well paced, allowing you to master one skill before adding in another, and in certain places has a good help system to give you a hint how to pass a particular obstacle when it requires a new trick.

I just noticed on Steam that EDGE also has new free DLC adding in 40 new levels, not bad for $4-8.